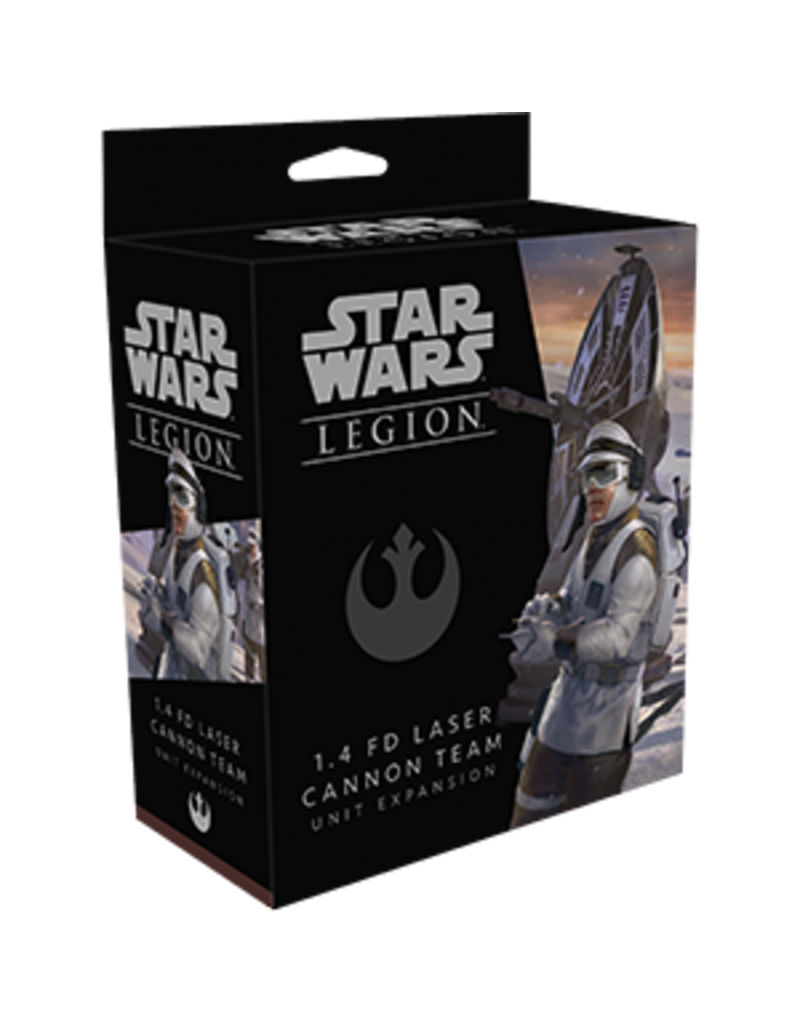 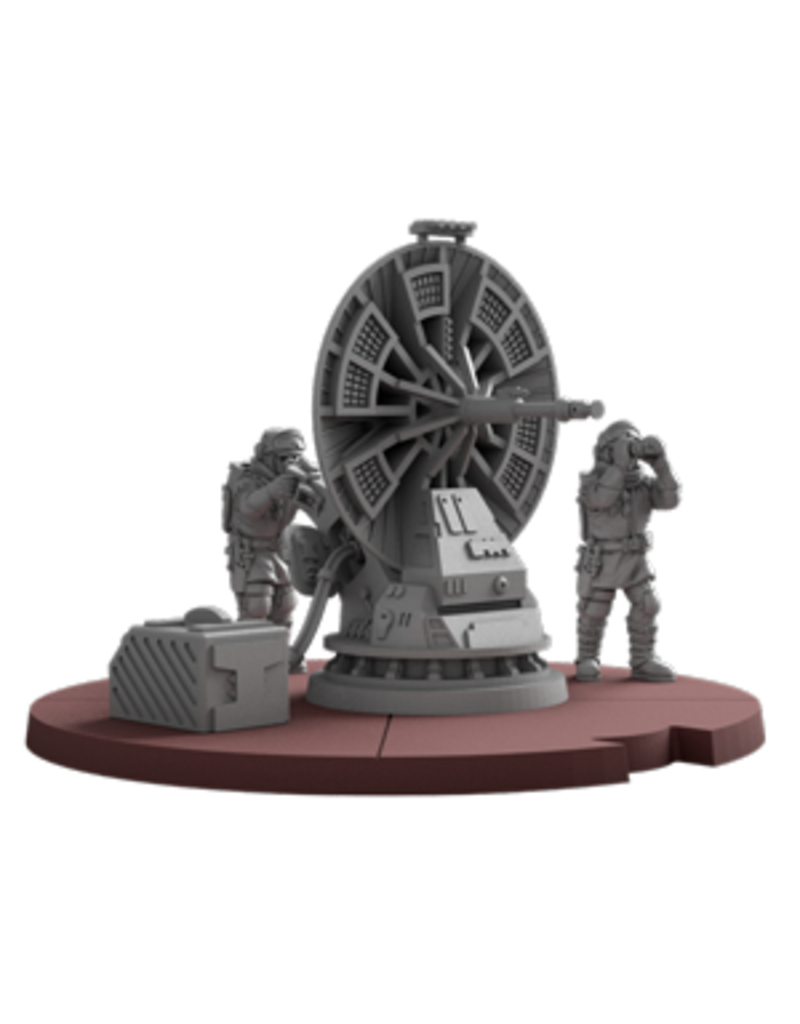 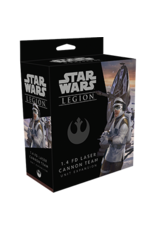 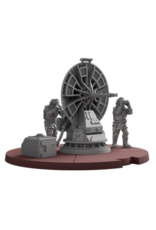 No matter where the Rebel Alliance establishes one of its bases, it must always be prepared for an Imperial attack. Rebel ground troops are always willing to put themselves in harm’s way, but sometimes troopers are not enough to stem the tide of the Imperial legions and their heavy walkers. Laser cannon emplacements can provide these troops with the fire support they need to fend off any assault they might face during your games of Star Wars: Legion.

Within the 1.4 FD Laser Cannon Team Unit Expansion, you’ll find an unpainted, easily assembled 1.4 FD Laser Cannon Team miniature that can be fielded as a support unit for your Rebel army. Alongside this team, you’ll find three upgrade cards that invite you to further modify your cannon to make it an even more stalwart line of defense against the forces of the Empire.

This is not a complete game. To play Star Wars Legion you will need game components found in either the Original Core Set or the Clone Wars Core Set. 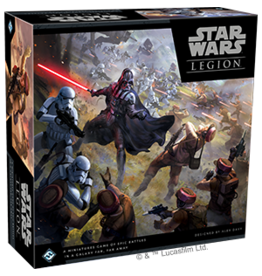 Star Wars: Legion invites you to enter the ground battles of the Galactic Civil War as the commander of a unique army of miniatures filled with troopers, powerful ground or repulsor vehicles, and iconic characters like Darth Vader or Luke Skywalker.
Add to Cart
Star Wars Legion: Core Set
$119.99 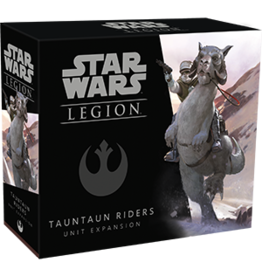 The windswept plains of Hoth are treacherous even to native beasts, but tauntaun riders are trained to expertly handle their surefooted mounts, searching tirelessly for signs of the Empire.
Add to Cart
Star Wars Legion: Tauntaun Riders Unit Expansion
$29.99
Please accept cookies to help us improve this website Is this OK? Yes No More on cookies »