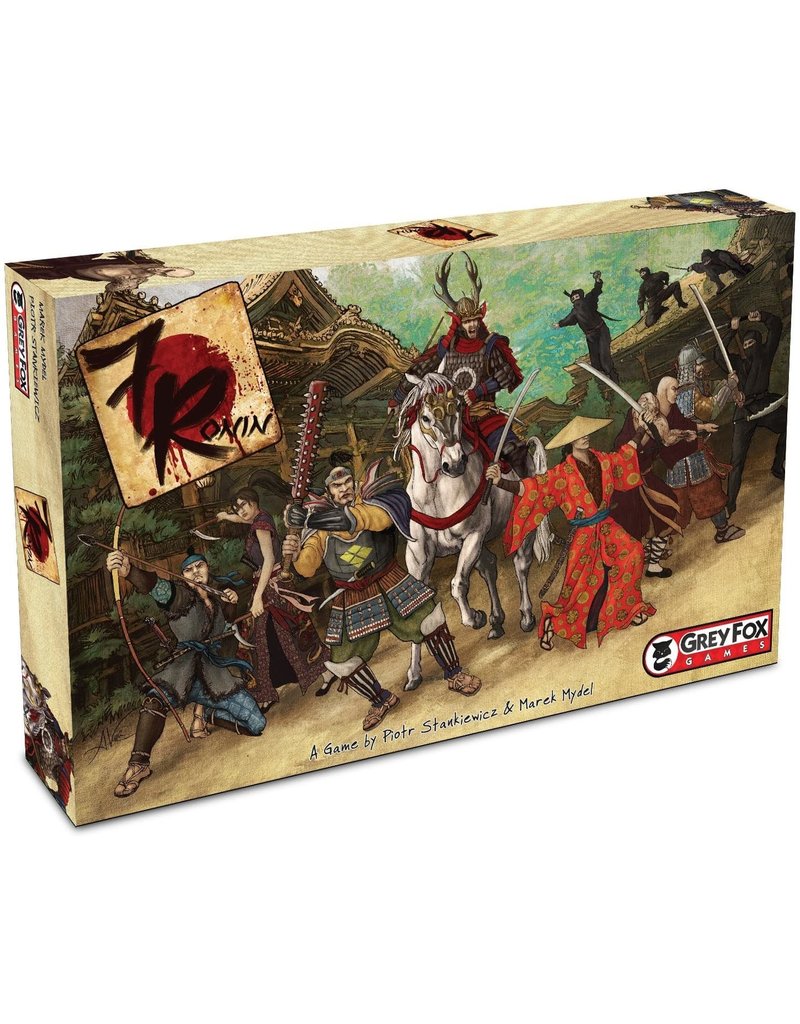 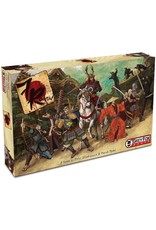 7 Ronin is an asymmetric two-player game in which one player controls a group of ninja attacking a village that’s defended by seven ronin (masterless samurai), which are controlled by the other player. The ninja player wins by occupying five of the village’s ten areas, while the ronin player wins by surviving eight rounds.