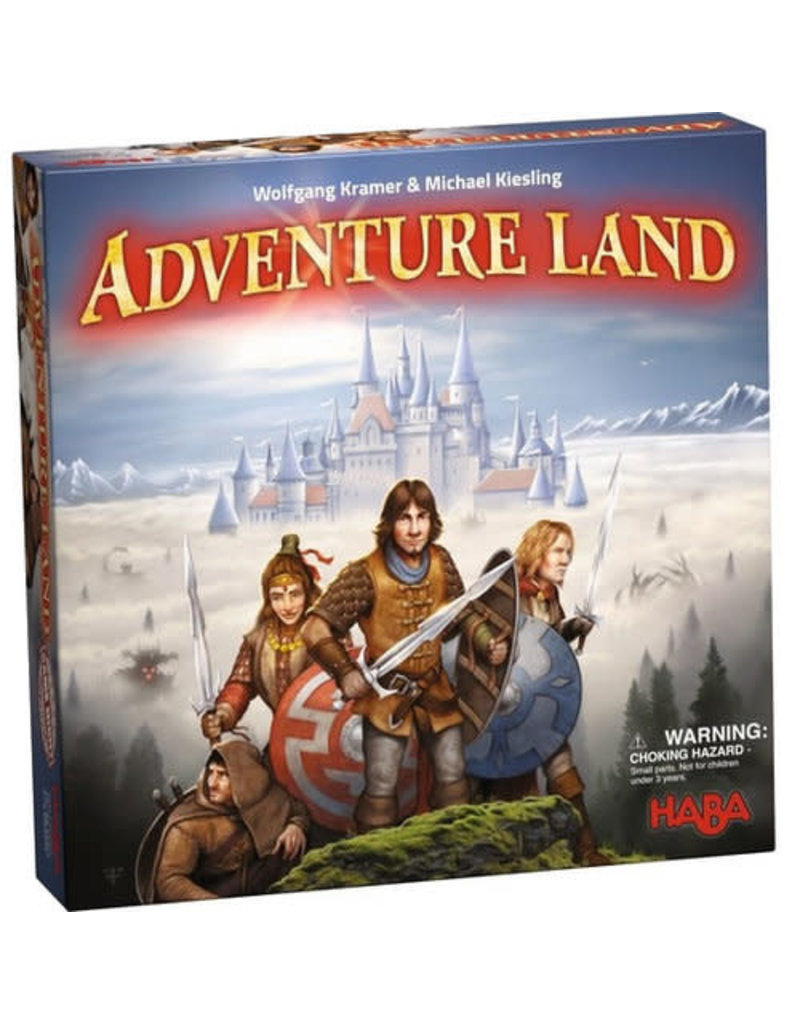 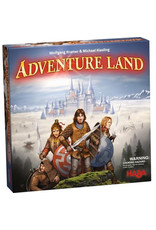 In Adventure Land, King Agamis rules from his castle. Rich cities, vast forests and rugged mountain ranges, the majestic river and the fog areas dominate the country. The large river is rich with gold, the forests are known for their medicinal herbs and there is an abundance of mines in the mountains, where the best swords, far and wide, are forged. But many dangers lurk there; the fog areas on both banks of the large river are home to the dangerous fog creatures which attack innocent adventurers. This has been happening more often lately and King Agamis fears that the fog creatures will soon be a threat to the cities. Therefore he calls upon adventurers from all over to come to Adventure Land to protect the cities, acquire companions and fight the fog creatures.

Illustrated by Franz Vohwinkel and designed by acclaimed duo Wolfgang Kramer and Michael Kiesling who between them have won the highly coveted Spiel des Jahres award 5 times.

There are three different adventure scenarios to choose from, depending on the age/skill of the players: