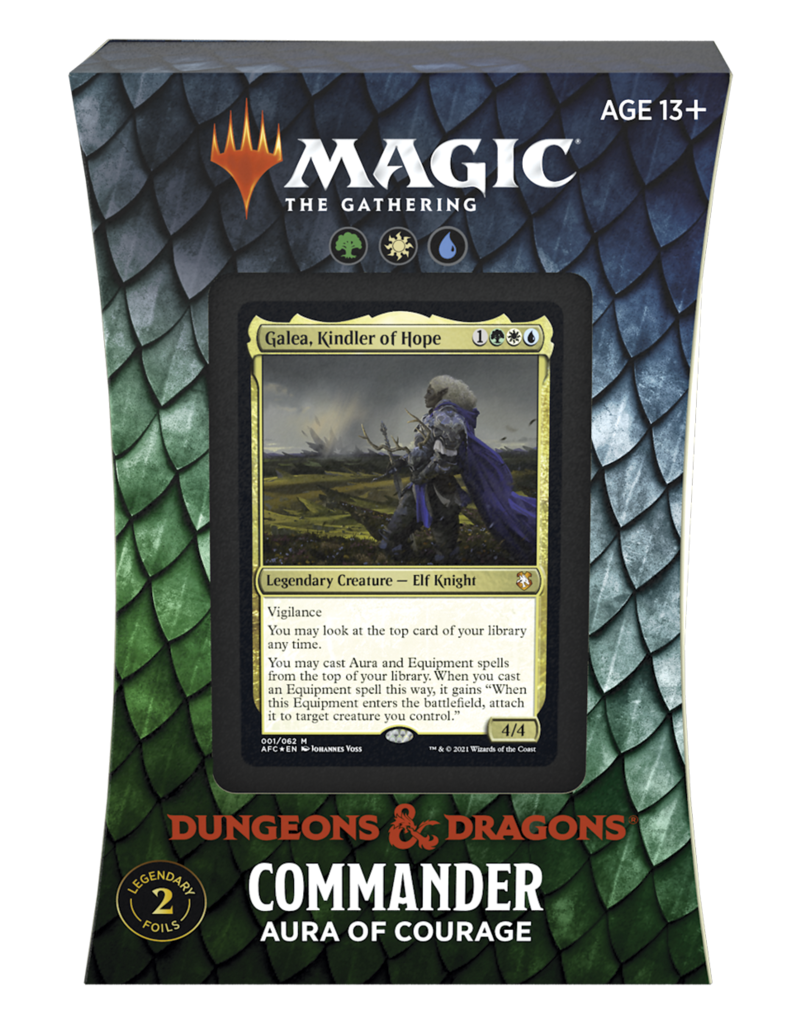 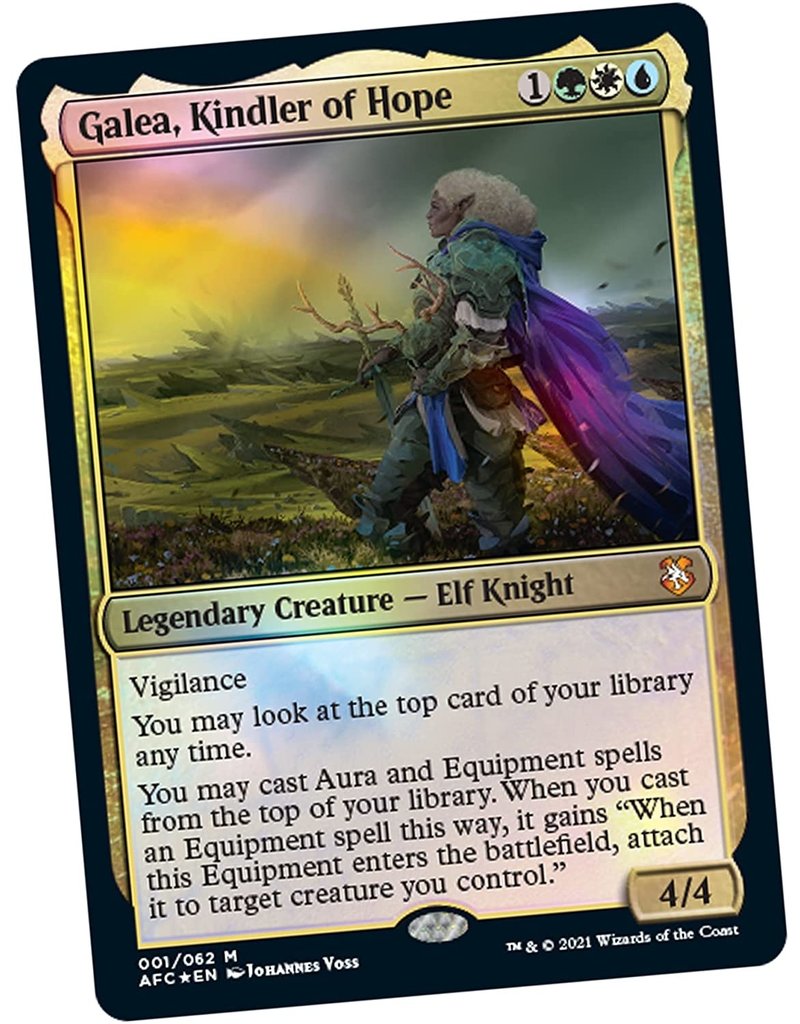 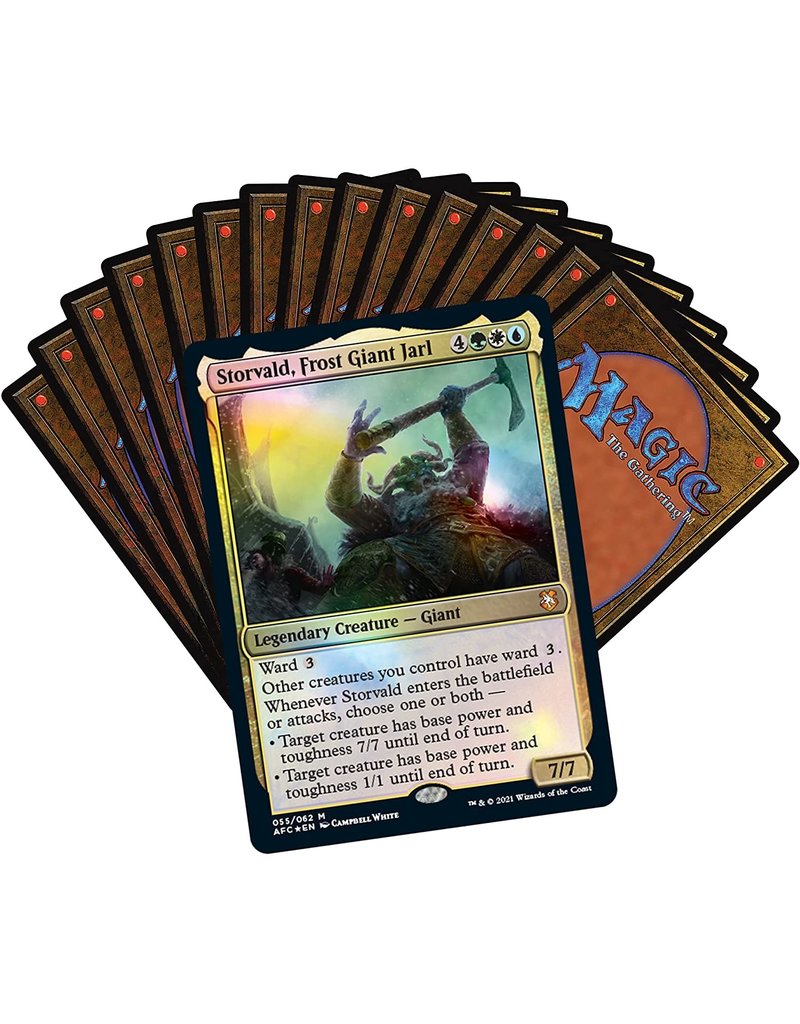 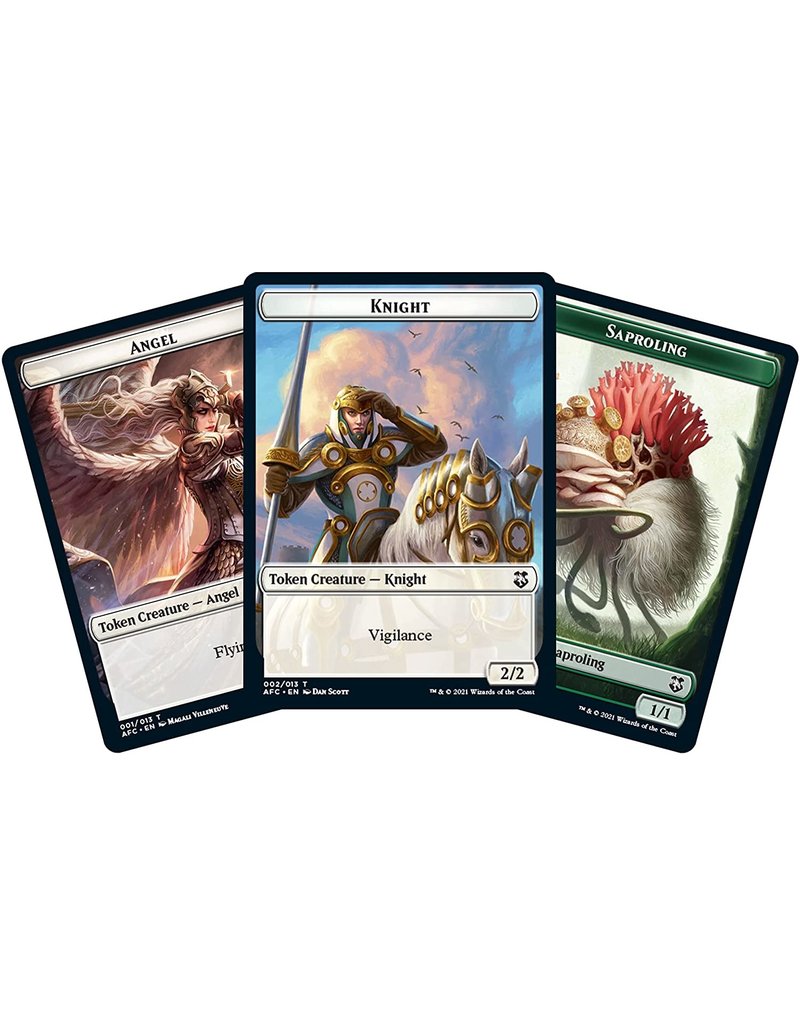 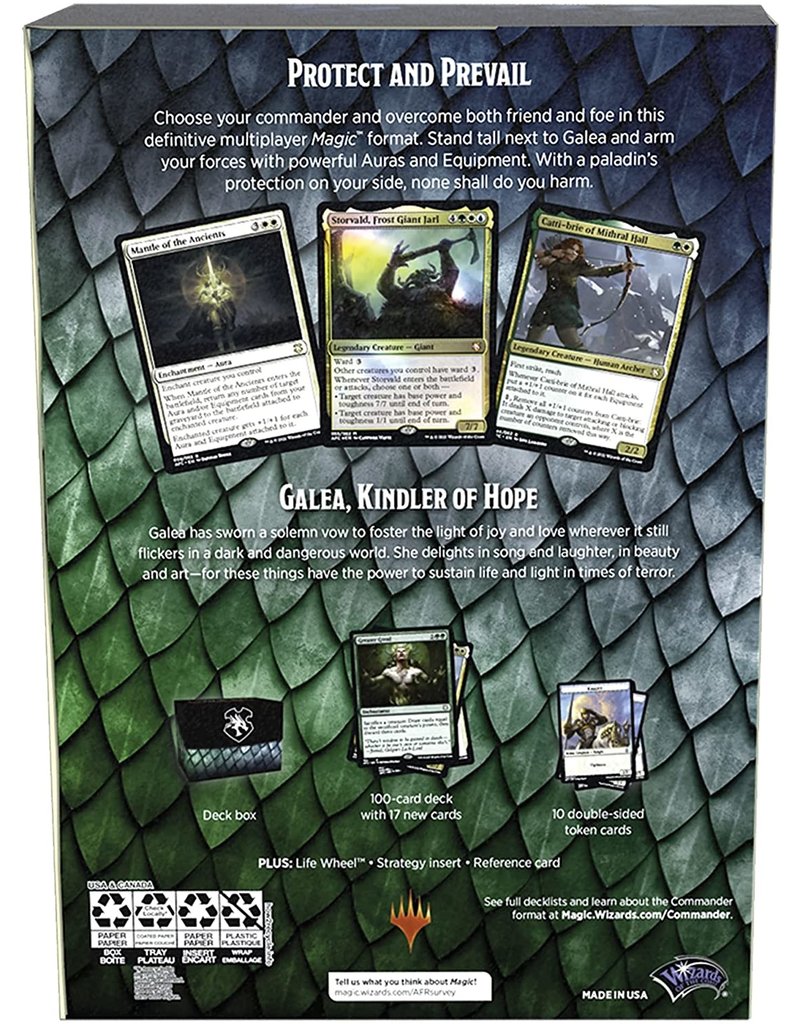 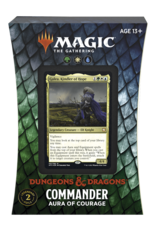 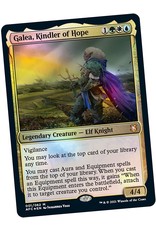 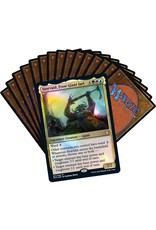 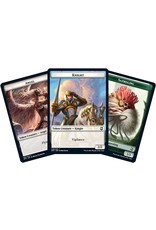 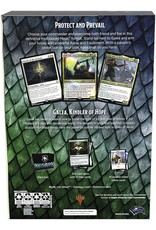 Four adventurers have set out to make a name for themselves on the Sword Coast—the warlock Prosper, the paladin Galea, the barbarian Vrondiss, and the wizard Sefris. Who will you join in their quest for fortune and glory?

Stand tall next to Galea and arm your forces with powerful Auras and Equipment. With a paladin’s protection on your side, none shall do you harm.

Magic: The Gathering and Dungeons & Dragons have partied up for a crossover made in nerd heaven.

Cast iconic spells like Phantom Steed and Hellish Rebuke. Terrorize your friends with a paranoid beholder. Or kit yourself out with Winged Boots and a Belt of Giant Strength.

From his icy fortress of Svardborg, Jarl Storvald leads teams of frost giants out in great ships to search for the Ring of Winter, an artifact he can use to bring about the Age of Everlasting Ice.

A traditional foil Storvald, Frost Giant Jarl can be found in the Aura of Courage deck alongside a nonfoil Catti-Brie of Mithral Hall—brilliant archer and member of the famous adventuring group, the Companions of the Hall.

Commander is a multiplayer way to play Magic — an epic, free-for-all battle full of strategic plays and social intrigue. Alliances may be made, but in the end, only one player will be left standing. Until the next game begins, of course!

Assemble a party, choose your commander, and try out Magic: The Gathering’s most popular format with a ready-to-play deck. 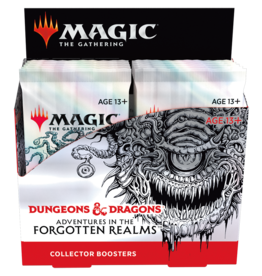 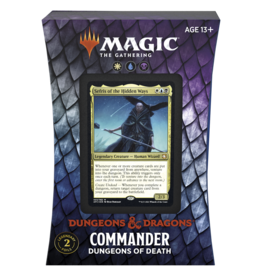 Venture into the Forgotten Realms’ deepest dungeons with Sefris. Emerge with a powerful army of undead and drag your opponents to their doom.
Add to Cart
Adventures in Forgotten Realms - Dungeons of Death
$40.00
Please accept cookies to help us improve this website Is this OK? Yes No More on cookies »