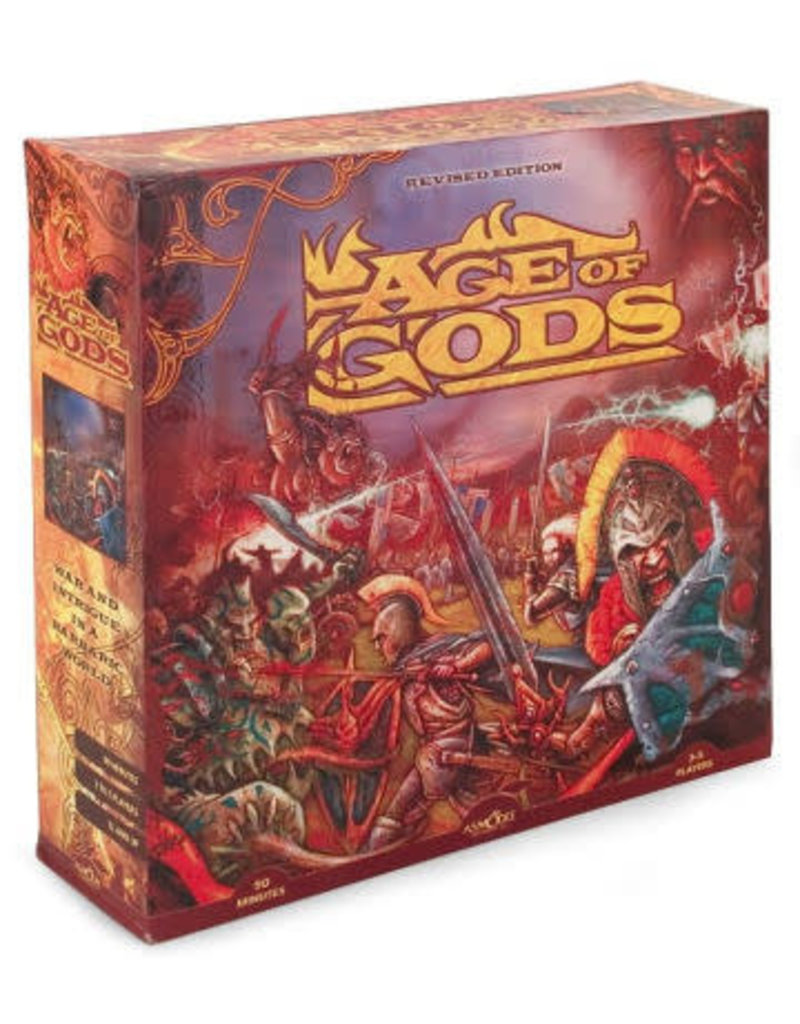 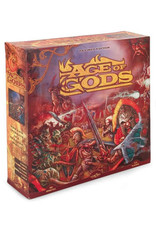 In this game the players are ancient gods that are trying to make their chosen tribes prosper and conquer the land. The twist is that the gods/players don't know all their chosen tribes at the beginning of the game, these are given to them only every other round.

There are 24 different tribes which start on predefined spaces on the board. These tribes are divided into four different levels and have as many counters on the board at the beginning of the game as their level indicates (1, 2, 3 or 4 tokens).

The biggest part of the game are the battles between the tribes. The funny part is that the players are not restricted to use their tribes in the fighting, they can make other tribes fight among themselves.