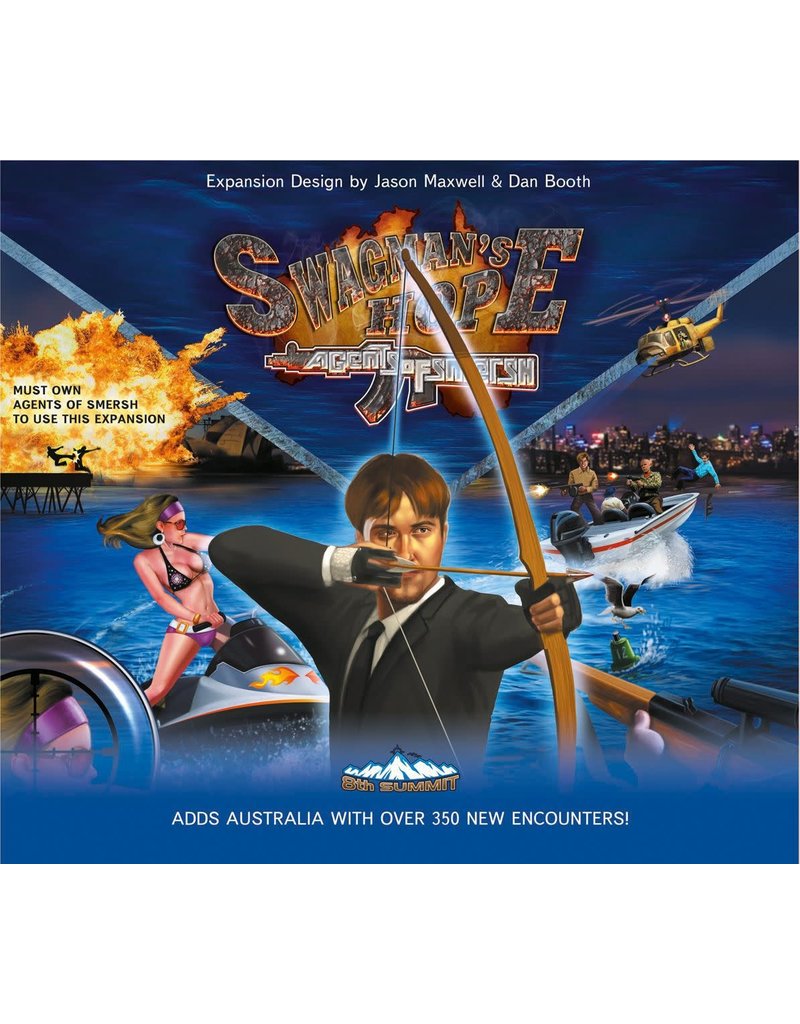 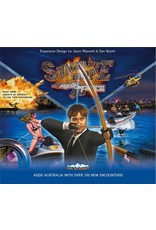 In Agents of SMERSH: Swagman's Hope, players have five new city locations to visit and a new book, featuring more than 300 encounters, with its own Reaction Sheet. Australia is the most dangerous country in the world, so why would important persons of intellect and power be trapped there? It is up to the players to come to their aid before SMERSH gets to them. Not only must players gain the normal Yellow Intel during the course of the game, but there are new Red Intel, representing scientists and researchers with vital knowledge for which Dr Lobo is hungry. Hurry to their aid before they get abducted and taken into the lawless Swagman's Hope where they may disappear forever. Swagman's Hope is a godforsaken, desert town in the middle of the Australian Outback - a dirty haven for the criminally insane and insanely criminal.

Also included in Agents of SMERSH: Swagman's Hope are new Villain, Fate and Status Cards, a new HENCHMAN, the Stranded Deck, Red Intel and Dead Drop Tokens, and 2 new UN agents to join in the hunt. Despite the town's name, hope is in short supply. Best of luck to you, Agent.

Requires Agents of Smersh to play.