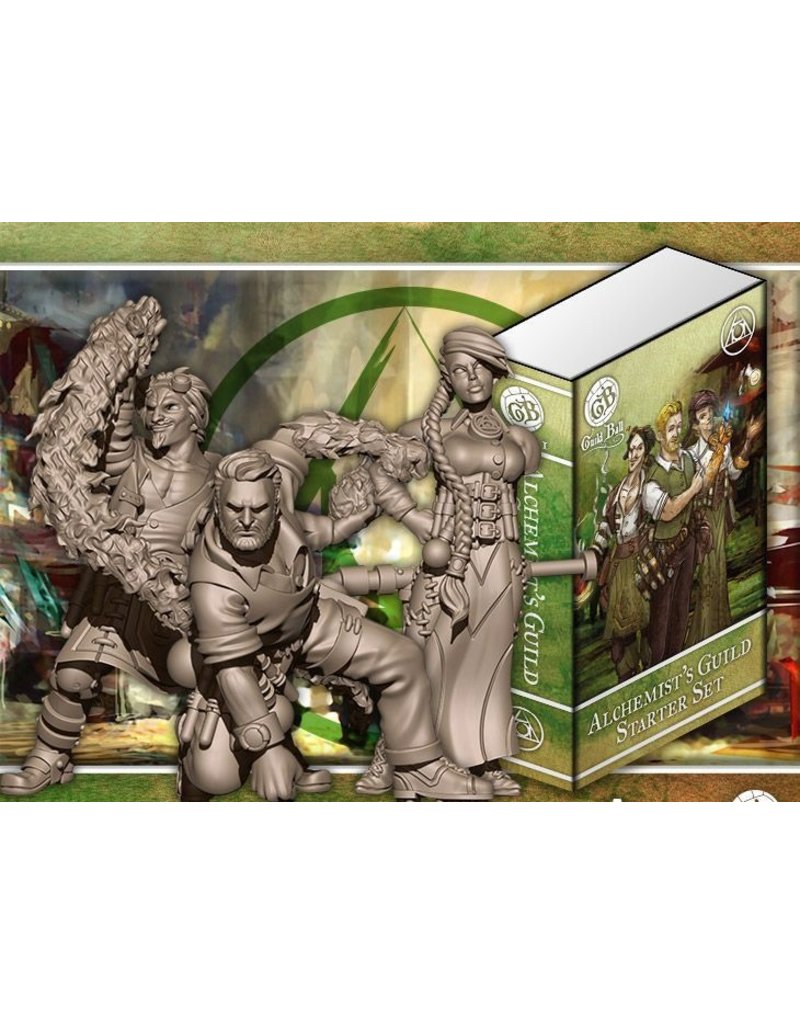 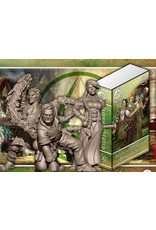 Alchemists’ play style is one of force projection. They utilize a lot of AOE to control space and deny their opponents maneuverability. Their combo play comes from layering AOEs and generating huge areas of danger across the pitch.

They are quick on their feet and capable with the ball, but not as resilient in combat as other teams. They excel in the early to mid-game due to their ability to cover a good amount of space.

Alchemists will reward players who can anticipate their opponent’s plans and block them through good placement and positioning of models and effects. On offense, Alchemists can use their AOEs almost as additional models in order to restrict the counter play options of their opponent. No one wants to charge the Alchemist with the ball if you have to go through an acid cloud!

What nature provides, man can improve. The Alchemists know this well and it is reflected in the scientific marvels they bring to the Guild Ball pitch. Watching the Alchemists play is part carnival, part fireworks, part illusion. The crowds cheer in awe at the visual spectacle as fireballs, smoke clouds, and slick oils dominate the field of play, delighting the children, decimating the opposition.

Flexibility is the watchword of an Alchemist's Guild coach. In Midas, Calculus, and Mercury you have all the ingredients for the purest of alloys, a team that can be much greater than the sum of its parts. Whether you are blinding the enemy with oil or turning them into little more than human candles, the Alchemists will always have a response to any play; their vast knowledge putting them one step ahead of the rest of the pack with every kick of the ball.

This set provides you with all you need to start playing the Alchemist's Guild. 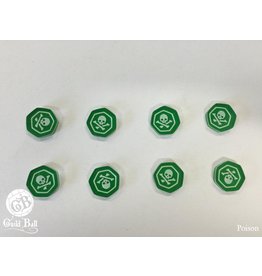 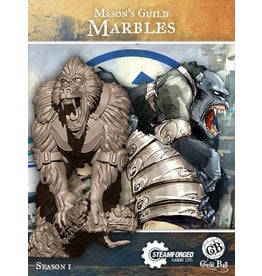 Mischievous by nature, an annoyance to both friend and foe alike, no other mascot in all of Guild Ball divides both players and fans so much as Marbles does.
Add to Cart
Guild Ball SI: Masons Guild - Marbles
$10.99
$6.59
Sale 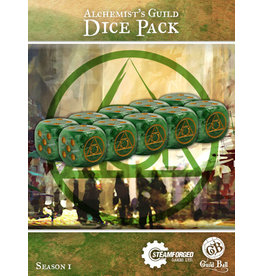 Show off your loyalty to the Alchemist Guild with these 10 Guild Ball Dice with the Alchemist's logo on them!
Add to Cart
Guild Ball: Alchemists Guild Dice
$13.95
$8.37
Sale 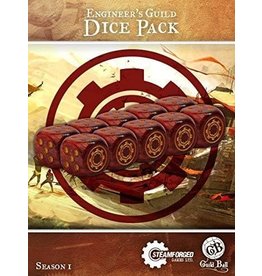 Proudly display your loyalties to the inventive Engineer’s Guild with our stunning marbled dice, the sight of the faction emblem heralding another step on the road to victory.
Add to Cart
Guild Ball: Engineers Guild Dice
$13.95
$8.37
Sale 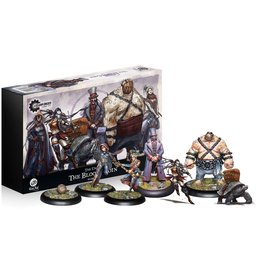 A fractured mind governed by a lust for destruction, Rage rules his team through fear and a blood soaked cleaver.
Add to Cart
Guild Ball: Union - The Bloody Coin
$74.99
$44.99
Sale 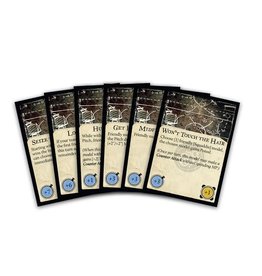 These cards represent the tactics employed by a team during a game, giving coaches access to powerful tools enabling them to change the ebb and flow of the game in their favour.
Add to Cart
Guild Ball: Gameplan Deck
$12.00
$7.20
Sale 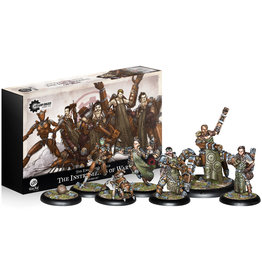 This team’s playstyle is one of accuracy and control.
Add to Cart
Guild Ball: Engineers Guild - Instruments of War
$74.99
$44.99
Sale 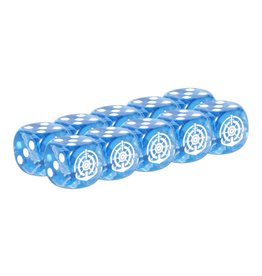 A beautiful blue marbled effect with Navigator's Guild Logo on the 6 makes these dice irresistible to the Guild Ball Collector, and any Coach wanting to lead the Navigator's Guild.
Add to Cart
Guild Ball: Navigators Guild Dice Pack
$14.99
$8.99
Sale 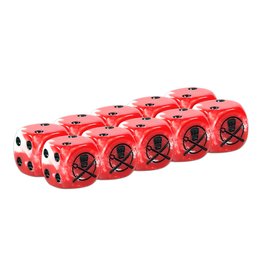 A beautiful red marbled effect with Cook's Guild Logo on the 6 makes these dice irresistible to the Guild Ball Collector, and any Coach wanting to lead the Cook's Guild.
Add to Cart
Guild Ball: Cooks Guild Dice
$13.95
$8.37
Please accept cookies to help us improve this website Is this OK? Yes No More on cookies »