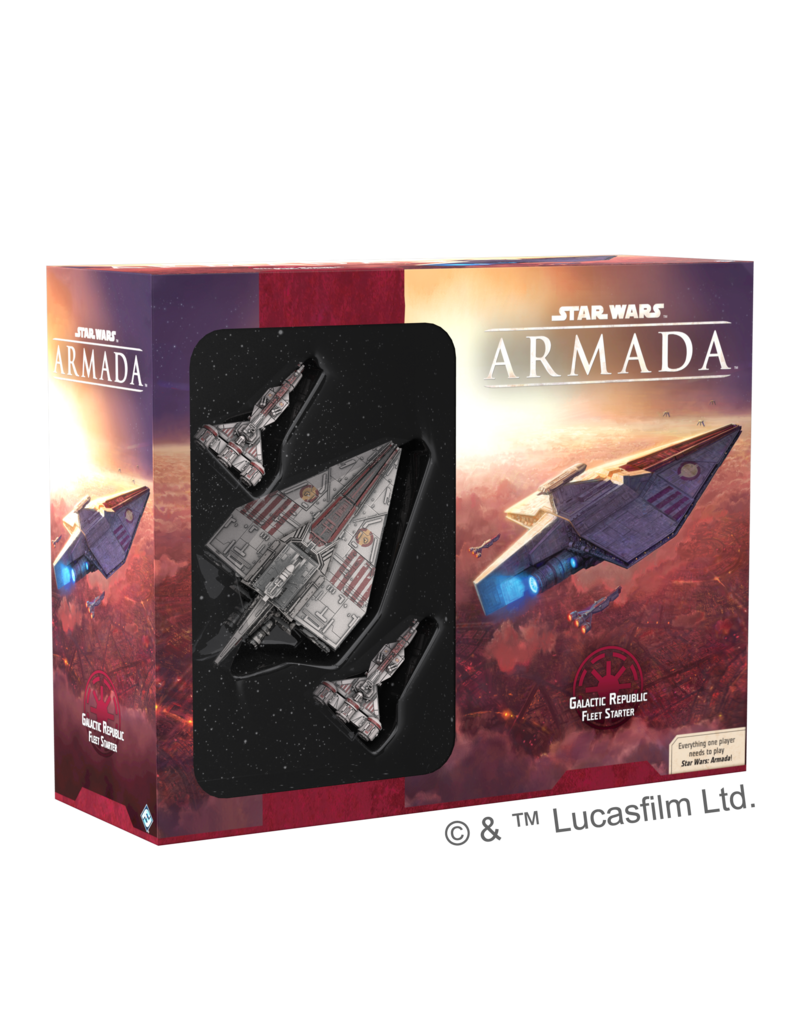 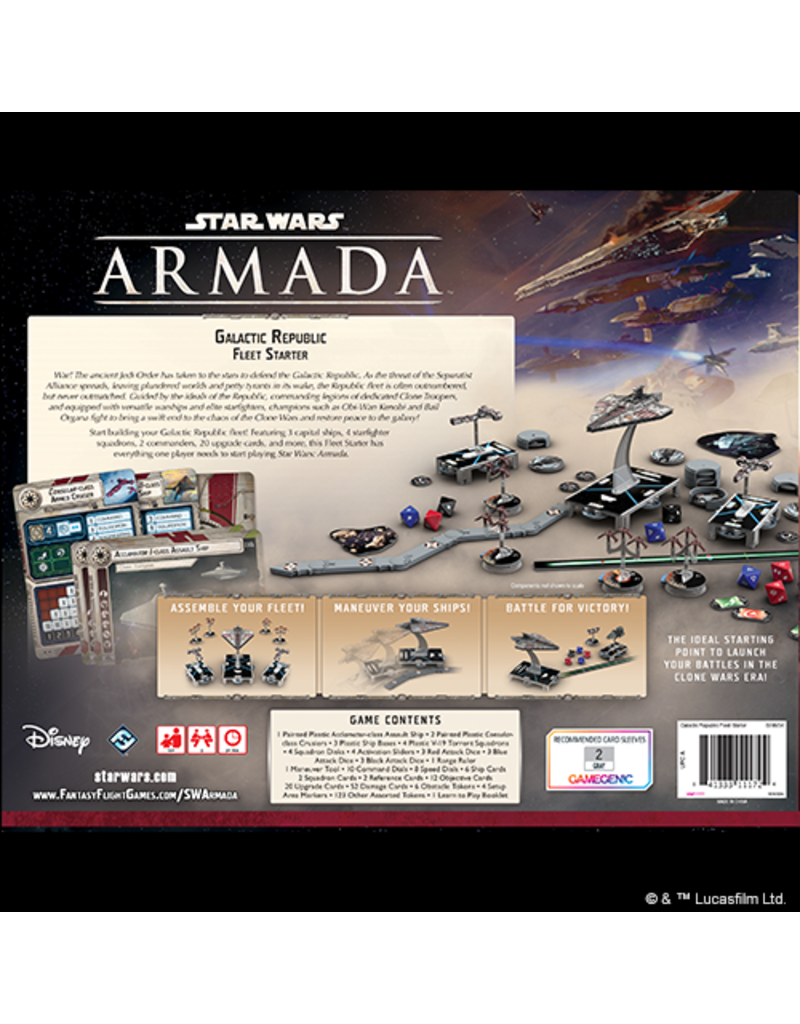 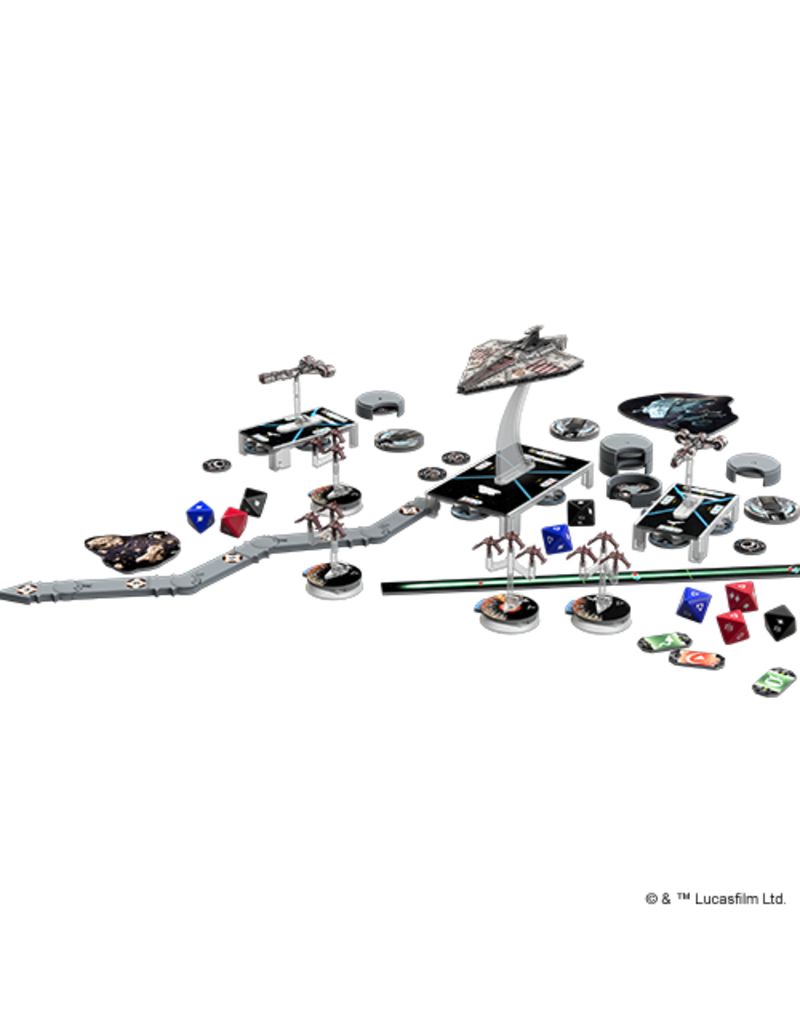 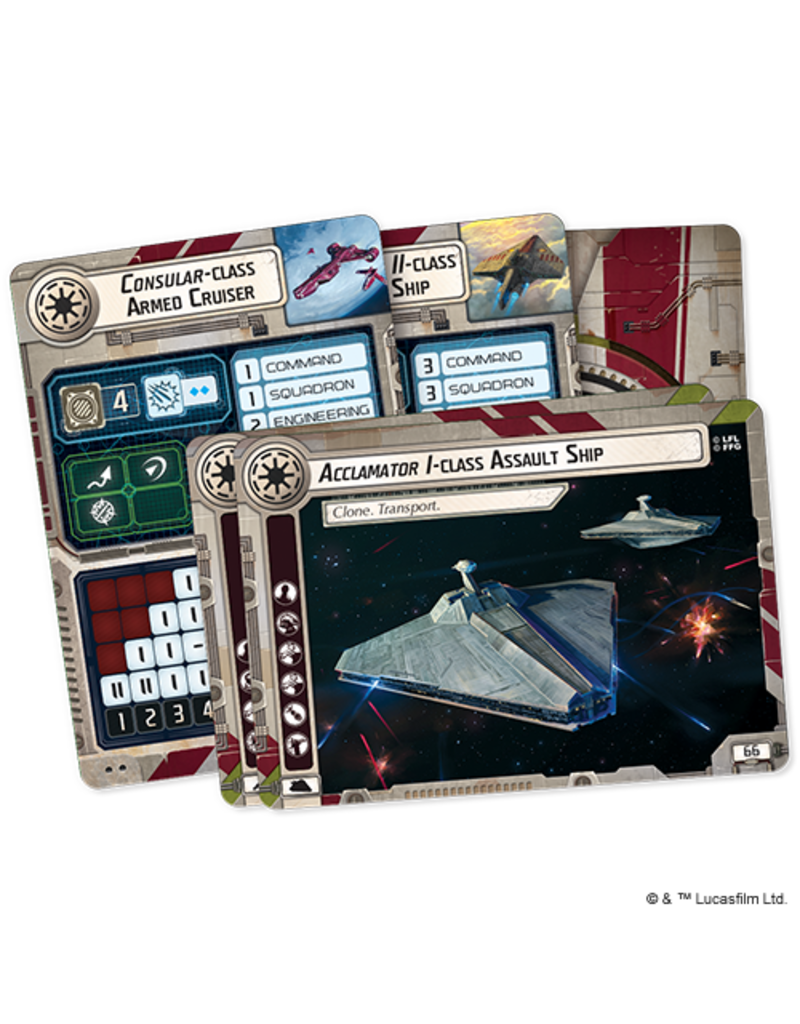 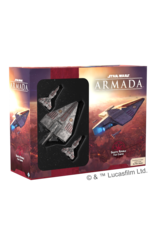 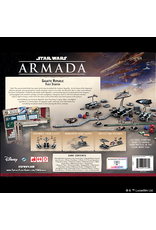 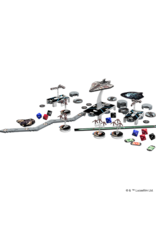 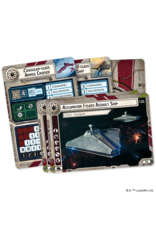 War! The ancient Jedi Order has taken to the stars to defend the Galactic Republic. As the threat of the Separatist Alliance spreads, leaving plundered worlds and petty tyrants in its wake, the Republic fleet is often outnumbered, but never outmatched. Guided by the ideals of the Republic, commanding l&#8232;egions of dedicated Clone Troopers, and equipped with versatile warships and elite starfighters, champions such as Obi-Wan Kenobi and Bail Organa fight to bring a swift end to the chaos of the Clone Wars and restore peace to the galaxy.

This Fleet Starter lays the foundation for your Galactic Republic fleets by putting you in command of a mighty Acclamator-class Assault ship and two powerful Consular-class Cruiser miniatures. These ships are joined by  four squadrons of V-19 Torrent Starfighters flown by crack clone pilots ready to defend the fleet. Additionally, 20 upgrade cards invite you to customize every aspect of your ships with iconic officers and powerful weapons.

No matter how you decide to outfit your fleet, the Galactic Republic Fleet Starter is an excellent place to begin building your Star Wars: Armada collection. You’ll find all the components necessary to begin playing within this set, including nine attack dice, 10 command dials, eight speed dials, 12 objective cards, six obstacle tokens, a range ruler, and a maneuver tool. Assemble your fleet and destroy the enemy! 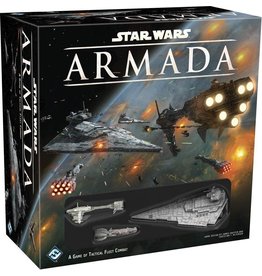 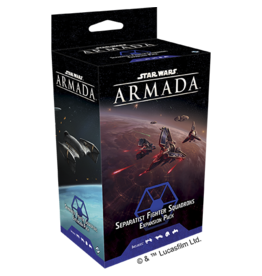 With the vast resources at its disposal, the Separatist Alliance fields a deadly array of advanced starfighters in its campaign against the Republic.
Add to Cart
Armada: Separatist Squadrons Expansion Pack
$29.99 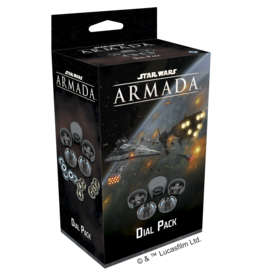 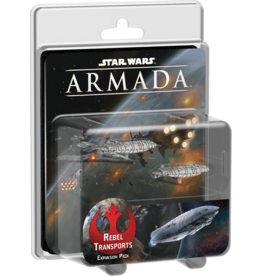 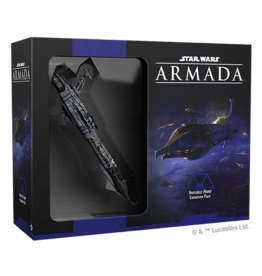 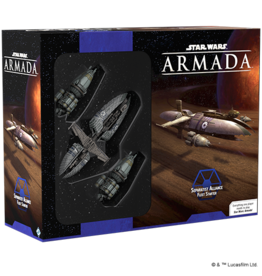 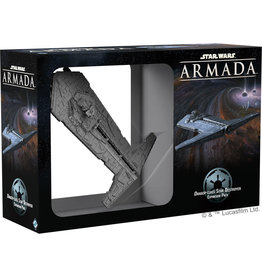