At over 14 inches tall, and with a wingspan over 28 inches long, Tiamat is sure to be the centerpiece of your hoard of miniatures.

The Queen of Evil Dragons is a five-headed dragon of enormous size. Each of her five heads matches that of a chromatic dragon, and each head has its own brain and its own intelligence. The five heads do not argue, and they all share the same goals. The only goal of immediate interest to Tiamat is finding a way to escape imprisonment in the Nine Hells.

Tiamat is the patron goddess of chromatic dragons and the embodiment of greed and envy. She takes the form of a five-headed dragon, and each head is a different color. She gave birth to the five primary species of chromatic dragon, each taking the form of one of her heads. Tiamat combines the powers of all of the chromatic dragons. Confined to the Nine Hells by the power of the greater gods, Tiamat longs to escape and wreak havoc upon the world.

In the wake of the Sundering, the gods have stepped back and left their mortal worshipers to govern their own destinies. This has opened the door to Tiamat’s return. Brought together by the cult, the evil dragons forge a powerful alliance. The leaders of the Cult view Tiamat as the unstoppable weapon they need to achieve total dragon supremacy and forge a powerful draconic empire, the likes of which hasn’t been seen in millennia. 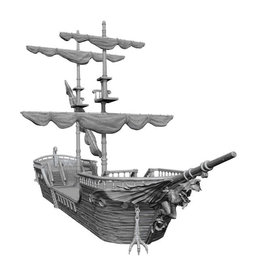