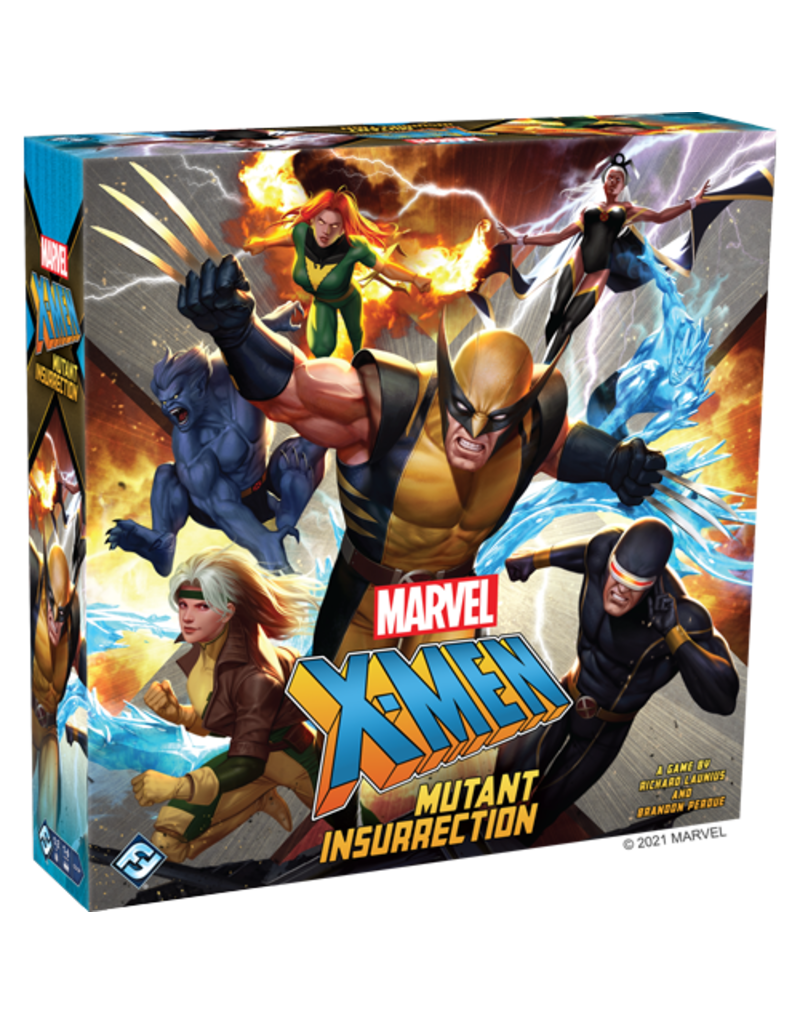 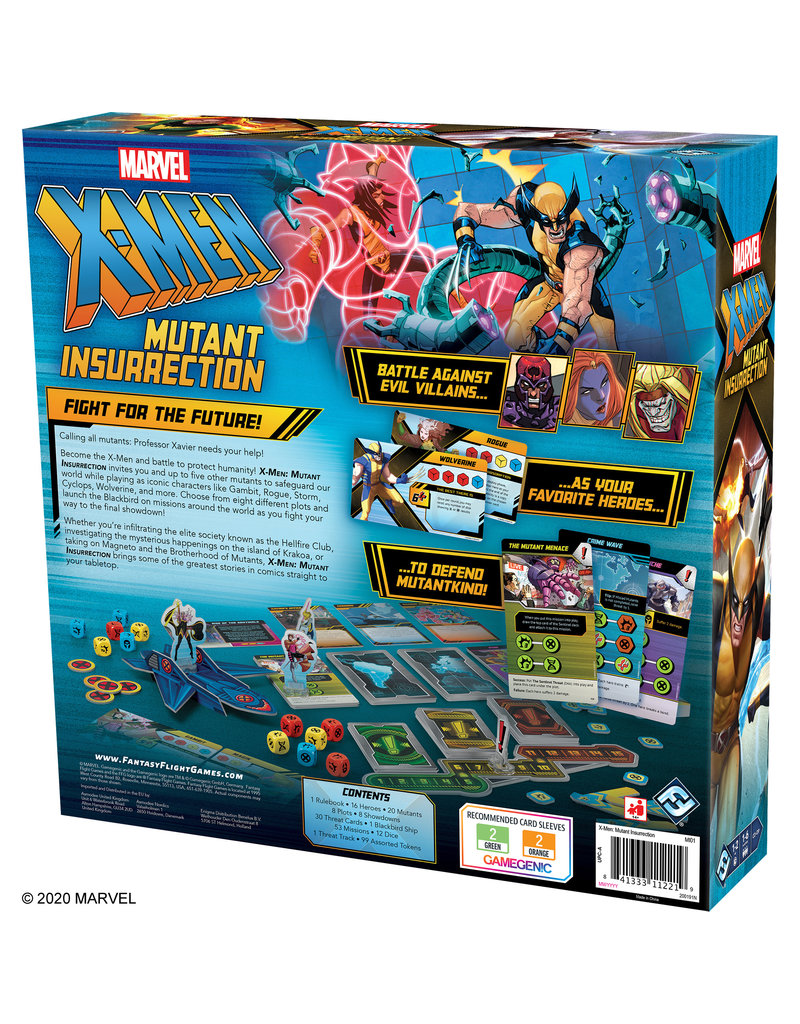 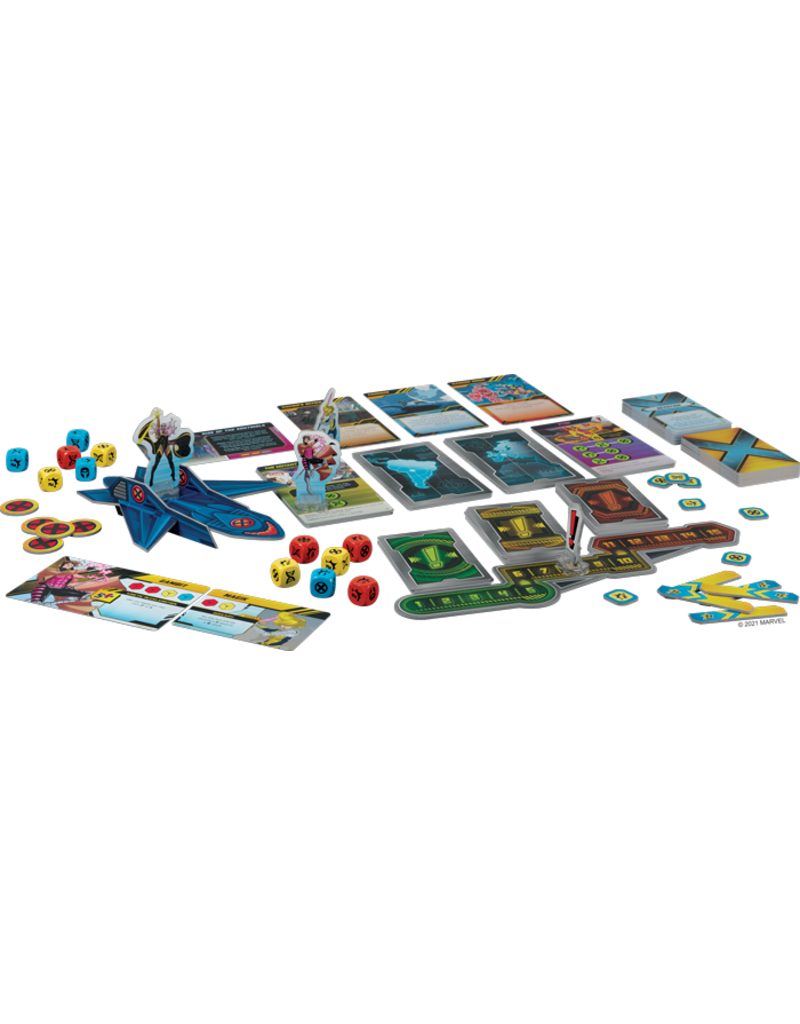 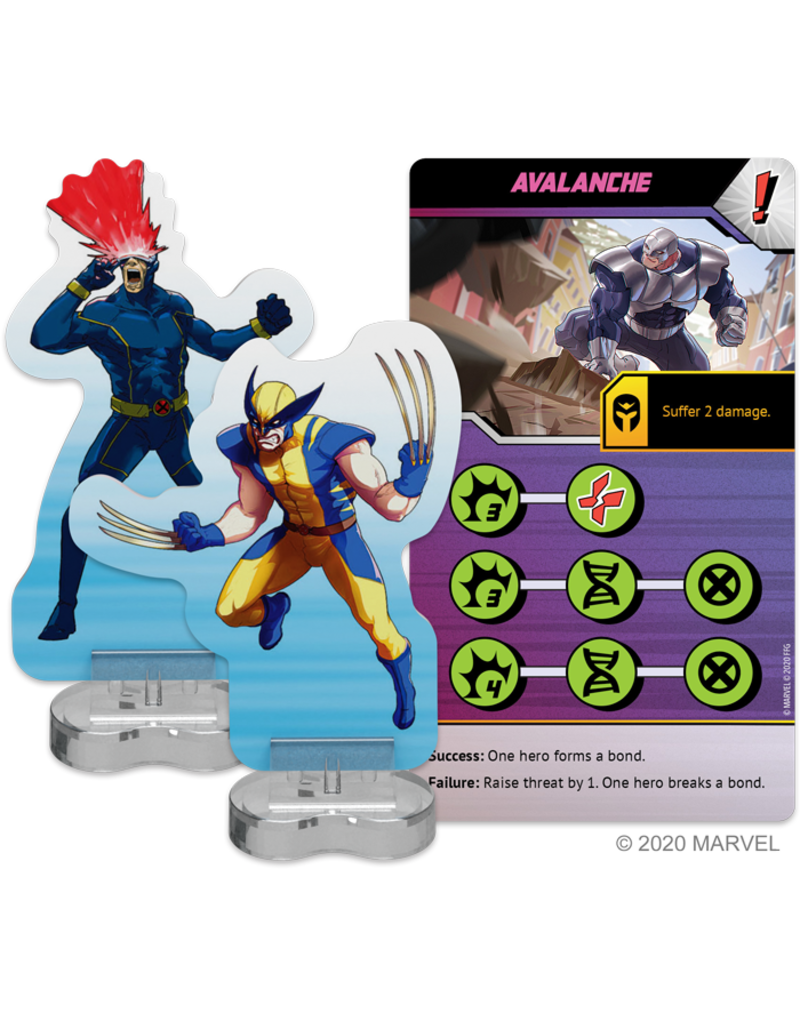 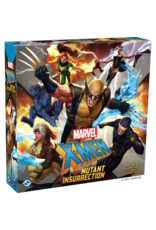 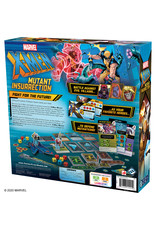 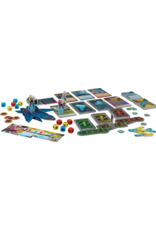 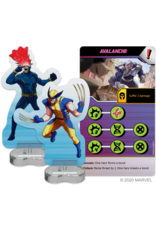 Fifty miles north of New York City, Xavier’s School for Gifted Youngsters may seem like just another affluent private school for exceptional students. Few could guess that these students are mutants, and fewer still know that Xavier’s School is the headquarters of the X-Men—a team of heroic mutants fighting to protect humanity from superhuman threats!

Designed by Richard Launius and Brandon Perdue, X-Men: Mutant Insurrection invites you to travel across the globe on death-defying missions to recruit new mutants, capture criminals, protect innocent lives, and battle against some of the most iconic X-Men villains. You’ll build a team of mutants, with characters like Rogue, Wolverine, and Storm joining forces with Shadowcat, Magik, and Forge. Eight distinct scenarios await, each with their own challenges, and each leading to a no-holds-barred showdown against villains like Magneto, Dark Phoenix, or the Hellfire Club. The Blackbird is ready to launch—join your team and fight for the future! 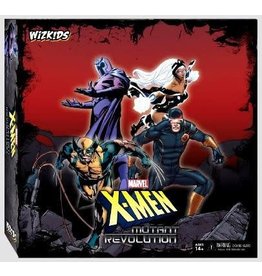 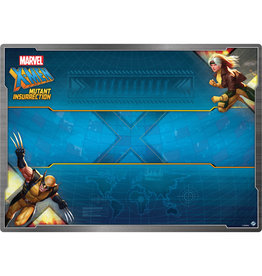 This flashy natural rubber game mat, measuring 26” x 36” offers a clear play surface to situate your missions, while artwork of Wolverine and Rogue leaping into action keeps you in the moment.
Add to Cart
Marvel X-Men Mutant Insurrection: Game Mat
$29.95
Please accept cookies to help us improve this website Is this OK? Yes No More on cookies »